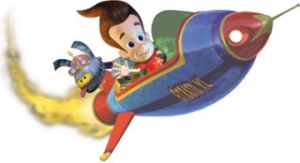 ...is what you get when you invoke the Great Angel HRU concerning dead pigeons. the number 425 is equal (in hebrew) to sisters, confidences, tranquillity, verity & a conclave caesum (go figure). it also concerns, still with the hebrew, the messiah because it is the Work of Yah & the messiah, son of david since 124 is torch + 301 is fire and together—if you remember to add the kollell—equals Moshiach ben David. 425 occurs 51 times in the bible. in another gematria system 425 is redbird & ideate. i guess the idea involves imagining a redbird as a dead gray bird. the strange looking van in front of me with a big number 426 on the back refers to a sphenic, nontotient, untouchable number. but our number is the sum of three consecutive primes (137 + 139 + 149) & the Mertens function (if i use this term correctly) returns zero.

which brings me to John Derbyshire (that's DAH-bi-shuh in proper english) & his book Prime Obsession: Bernhard Riemann and the Greatest Unsolved Problem in Mathematics. this book comes highly recommended & is referenced all over the place including MathWorld: Mertens Function, Mertens Conjecture & the Riemann Zeta Function. crowley mentions riemann in the book of thoth (Atu XVII The Star) calling him (with Bolyai & Lobatchewsky) a mathematical prophet of the "new revelation". and for all undercurrent fans (i hear we are legion) there's this:

There are two main noun forms in Greek for the word, (1) hê mathê, and (2) to mathêma, whose stem is mathêmat- Both are derived from the aorist stem of the verb manthanein (math-). While this stem has no terminal vowel ("they learned" = emathon), and the final eta in the first form is just an inflectional ending, in all the various other forms, like the second from above, and the few derivatives (e.g., hê mathêteia = "instruction from a teacher;" ho mathêtês = "student") there is an intermediate eta. The big Liddell and Scott indicates no authentic Greek compounds where math is the first element, but it seems certain that there would be an eta there.

Alternatively, there is apparently an epic and Ionic form, to mathos, of hê mathêsis ("the act of learning," also "custom") that declines like to pathos, with a stem in epsilon, not eta, which blends with other vowels as necessary (hence "pathe-tic" but "path-ology"). Either way, we’re left in the Latin alphabet with mathephobe. Someone who is scared of numbers entirely, though, would be an arithmophobe, but I think we’ve had enough fun with Greek today.

Jimmy Neutron is equal to syzygial amplexus, gematria of nothing, european union & yarrow-stalk in a variety of other number crunching systems. which is what all this is about, really, since this big headed BOY GENIUS = MARK FISHER is equal to LIBER AL VEL LEGIS. ironically, i watched Substitute Creature the night before—Jimmy uses his DNA ACCELERATOR = NECRONOMICON on his gazillion old smelly spinach plant turning Miss Fowl—spinach seeds get burped into her mouth—into a 50-foot green-leafed godzilla terrorizing downtown Retroville . {Jimmy to Goddard} Bring my screwdriver and my special CD of town-saving music!

It is not an accident or an invention of contemporary pulp-horror fictions that the sonic cartography of Near and Middle Eastern occult rituals (summoning and xeno-communication) is essentially constituted by incomprehensible audio-traumatic Murmurs and machinic ambience; Solar Rattle and its Chthonic auditory agitations have already been embedded within the immense capacity of vowelless alphabet to artificialize a diverse range of molecular-sounds and sonic compositions. Sorcerers and summoners know very well that to communicate radically, first they should strip their communication networks (cults?) from informatic signaling systems, grasping communication at the end of sign and informatic reality where the Solar Rattle installs communicative channels along with the Sun-Cthelll axis of magnetized Hell. {Tellurian Insurgency 1: Telluro-magnetic conspiracy toward the Sun: Solar Rattle}