I am out of NUIT by HORUS, the incestuous sister of RA-HOOR-KHUIT.

In 1862, the famous naturalist Charles Darwin (figure 1) published a book on the evolutionary biology of orchids, On the Various Contrivances by which British and Foreign Orchids are Fertilised by Insects. Studying the angraecoids, he remarked that they were pollinisated by specific insects. One of these orchids from Madagascar, Angraecum sesquipedale, had nectaries eleven and a half inches (28.6 cm) long, with only the lower inch and a half (3.8 cm) filled with nectar. From the structure of this orchid, Darwin "predicted" the existence of an unknown moth:

It is, however, surprising that any insect should be able to reach the nectar : our English sphinxes have probosces as long as their bodies; but in Madagascar there must be moths with probosces capable of extension to a length of between ten and eleven inches!" (Darwin 1862).

Darwin then made an experiment. He took a cylinder, one-tenth of an inch (2.5 mm) in diameter, and pushed it down through the cleft of the rostrellum:

A small beaklike part, such as a projection on the stigma of an orchid, a tubular mouthpart on some insects, or the hooked projection on the head of a tapeworm. ETYMOLOGY: Latin, diminutive of rostrum, beak. See rostrum.

rostrum :: 1. A dais, pulpit, or other elevated platform for public speaking. 2a. The curved, beaklike prow of an ancient Roman ship, especially a war galley. b. The speaker's platform in an ancient Roman forum, which was decorated with the prows of captured enemy ships. 3. Biology A beaklike or snoutlike projection. ETYMOLOGY: Latin rostrum, beak. See red- in Appendix I.

• The Cry of the 15th Aethyr: Which is Called OXO

Now it is seen that the Rose is a vast ampitheatre, with seven tiers, each tier divided into seven partitions. And they that sit in the Amphitheatre are the seven grades of the Order of the Rosy Cross. This Amphitheatre is built of rose-coloured marble, and of its size I can say only that the sun might be used as a ball to be thrown by the players in the arena. But in the arena there is a little altar of emerald, and its top has the heads of the Four Beasts, in turquoise and rock-crystal. And the floor of the arena is ridged like a grating of lapis lazuli. And it is full of pure quicksilver.

• Note, pray thee, the instruction in CCXX I:41-n-44, 51, 61, 63 k.t.l. on which We have enlarged in Our tract The Law of Liberty, and in private letters to thee and to others. The open preaching of this Law, and the practice of these precepts, will arouse discussion and animosity, and thus place thee upon a rostrum whence thou mayst speak unto the people. —Liber CCC: Khabs am Pekht

• I am sure that we all recognise that an attempt of this kind is impossible in nature. No! I am not proposing to inflict upon you my celebrated discourse on Scepticism of the Instrument of Midn. I am not even going to refer to the first and last lecture which I suffered at a dud university somewhere near Newmarket, in which the specimen of old red sandstone in rostrum began by remarking that political economy was a very difficult subject to theorise upon because there were no reliable data. Never would I tell so sad a story on a Monday evening, with the idea of Tuesday already looming darkly in every melancholic mind. I should like to be just friendly and sensible, though it is perhaps too much to expect me to be cheerful. —The Banned Lecture 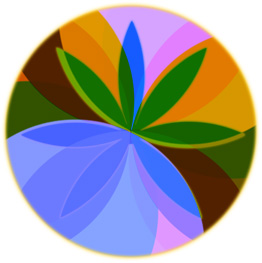 Call me, my daughter, and I shall come to thee.
Rise, O my snake, into brilliance of bloom.
Subscribe