Time at the Granger Collection

Working on an LJ with more Benzing info, but this deserves its own post. We know Joachim Benzing engraved Independence Hall, on the back of the Series 1928 $100 note (plus, engraving, at the same time, the back of the current $100), "before 1928" working from "photographs". So here's a crop of Wikipedia's $100 (1928) showing the clock tower: 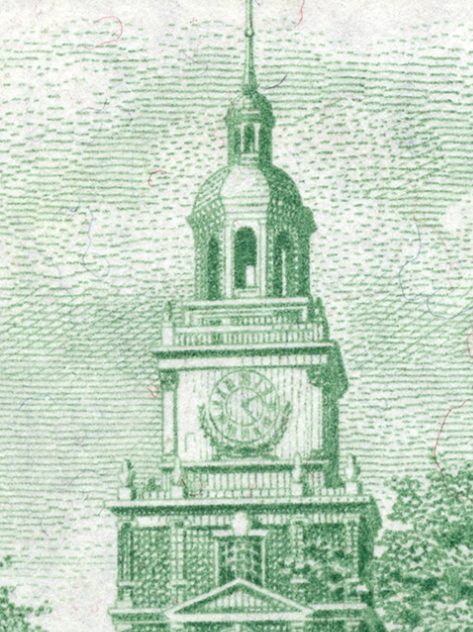 The Time on the Clock
The time on Independence Hall’s bell tower clock on the current $100 bill reads 4:10, a fact confirmed by the Fed and the Bureau of Engraving and Printing. (Yes, this is contrary to the fictitious “2:22,” which served as a plot point in National Treasure.) The time has always been something of a mystery, though, and there aren’t any records available explaining why 4:10 exactly. (One belief online is that the date April 10 represents the 100th day of the year, which, presumably, wouldn’t include leap years.) On the new $100 bill, the time will be changed to 10:30, which seems to be a time of no historical significance. According to Darlene Anderson, manager of external affairs at the Bureau of Engraving and Printing, both images on the backs of the two bills—the south and north views—were engraved by the same man, J.C. Benzing. “He did both views before 1928, and he worked from photographs,” she says. “We think that the photographer took the images at different times of the day.”

The Granger Collection returns 98 results for Independence Hall, including two 19th century steel engravings and… the back of the $100 bill. The clock dials have, by my limited eye, the same time, and there's enough difference and repetition that demands further research. 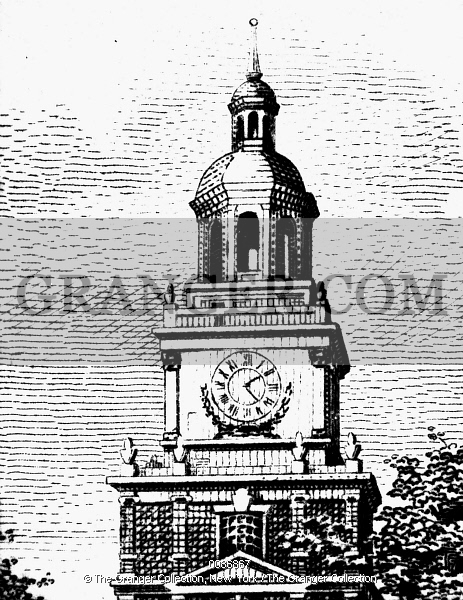 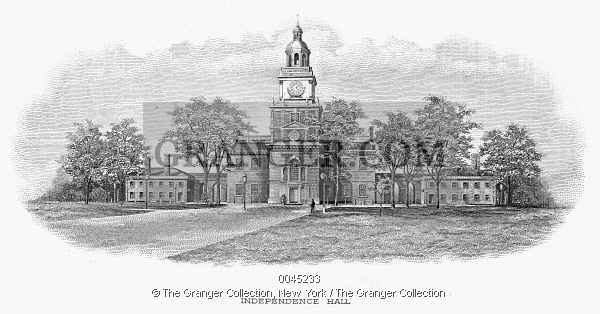