What time is it?

On the back of a hundred-dollar bill is an etching of Independence Hall, based on a painting done in the 1780s… The artist was actually a friend of Benjamin Franklin's. It's wonderful. Now, I think that if we look at this clock tower we may find the specific time. What do you see? 2:22. —National Treasure
Ignorant Men wonder how we Astrologers foretell the Weather so exactly, unless we deal with the old black Devil. Alas! 'tis as easy as pissing abed. For Instance; The Stargazer peeps at the Heavens thro' a long Glass: He sees perhaps TAURUS, or the great Bull, in a mighty Chase, stamping on the Floor of his House, swinging his Tail about, stretching out his Neck, and opening wide his Mouth. 'Tis natural from these Appearances to judge that this furious Bull is puffing, blowing, and roaring. Distance being consider'd, and Time allow'd for all this to come down, there you have Wind and Thunder. He spies perhaps VIRGO (or the Virgin;) she turns her Head round as it were to see if any body observ'd her; then crouching down gently, with her Hands on her Knees, she looks wistfully for a while right forward. He judges rightly what she's about: And having calculated the Distance and allow'd Time for it's Falling, finds that next Spring we shall have a fine April shower. What can be more natural and easy than this? I might instance the like in many other particulars; but this may be sufficient to prevent our being taken for Conjurers. O the wonderful Knowledge to be found in the Stars! Even the smallest Things are written there, if you had but Skill to read. When my Brother J — m —n erected a Scheme to know which was best for his sick Horse, to sup a new-laid Egg, or a little Broth, he found that the Stars plainly gave their Verdict for Broth, and the Horse having sup'd his Broth; — Now, what do you think became of that Horse? You shall know in my next. —Poor Richard's Almanack, 1739 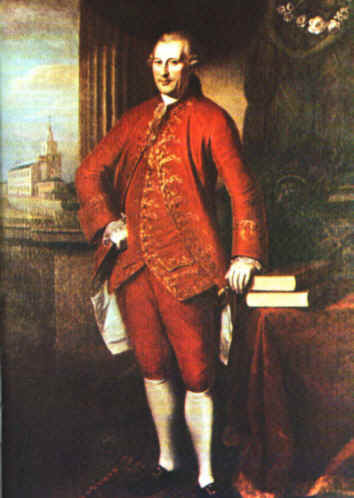 James Trenchard 1778 engraving is based on the State House in Peale's painting: {1} Three Subtle Changes to the Flashy New $100 Bill, By Keenan Mayo, May 06, 2013 :: According to Darlene Anderson, manager of external affairs at the Bureau of Engraving and Printing, both images on the backs of the two bills—the south and north views—were engraved by the same man, J.C. Benzing. “He did both views before 1928, and he worked from photographs,” she says. “We think that the photographer took the images at different times of the day.”

{2} How Money Is Made - Making of the New Hundred Dollar Bill, By Chris Jones, August 14, 2013 :: The engravings on the new hundred-dollar bill are, in fact, old engravings. The Franklin portrait is the same one used on the current hundred, created by Thomas Hipschen in 1992; when Hipschen was deep into his work, Beethoven poured out under his door. The vignette of Independence Hall on the back of the bill was made by Joachim Benzing in 1929. Benzing also engraved some of the more cryptic symbolism on the back of the one-dollar bill. A section of the Treasury's annual appropriations bill has ensured his work on the Great Seal will be timeless, or at least as timeless as the dollar bill itself: It hasn't been redesigned because the bureau is prohibited by Congress from doing so.

It is also the only denomination today to feature a building not located in Washington, D.C., that being the Independence Hall located in Philadelphia on the reverse. The time on the clock of Independence Hall on the reverse, according to the U.S. Bureau of Engraving and Printing, shows approximately 4:10[3] on the older contemporary notes and 10:30 on the series 2009A notes released in 2013.

Once more, for those just coming in, the founding of the nation came at 2:17 AM local mean time in Philadelphia, where the leading occultists from most of the colonies had gathered to discuss what to do. Some hoped that a way could be found to remain British with improved government-less oppression. Some were sure that declaring independence and fighting a revolution was the only way to go. Most of them were undecided. After several evenings of clandestine discussions (hidden from British authorities) they had sorted out a possible plan and had it written up as a draft so they could see what was involved. The crucial founding moment came when practicing astrologer Benjamin Franklin changed his mind and joined the idea of a revolution, 2:17 AM 4 July 1776. All other proposed charts for the nation are for later administrative acts taken to implement this prior decision to declare independence. The later events were merely the acts of an already established, as of 2:17 AM provisional revolutionary government.

It is probably true that the population were selectively notified about it when Virgo rose, later in the day, when the self-installed government began sorting out its action. In the afternoon, with Sagittarius rising, Benjamin Franklin and William Morris went to see Haym Salomon, a banker, and borrowed from him the money to buy arms for the coming revolutionary war. —Contemporary Astrological Observations Times, Volume 7, Part 1

Recent Posts from This Journal