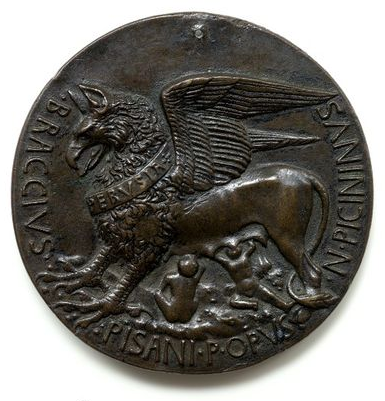 (477) Italia — Named by the discoverer in honor of his native country. See also the remarks to planets (63) and (69), respectively. For the naming source see the citation for planet (478).

(69) Hesperia — Discovered 1861 Apr. 26 by G. Schiaparelli at Milan. Hesperia is the Greek name for Italy derived from Hespera or Vesper, the setting Sun, the evening or the evening star in which direction Italy lay.
Tags: griffin, griffon, gryphon, horse, perugia
Subscribe