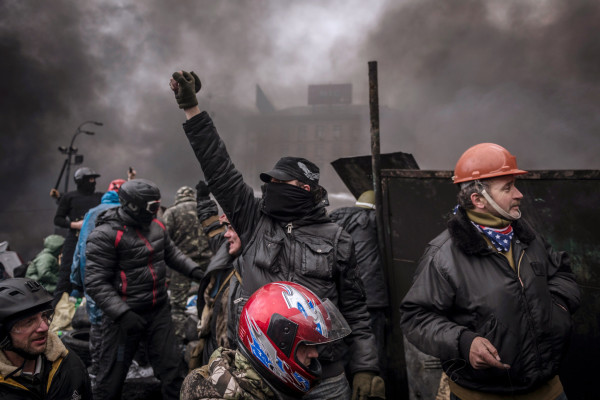 President Obama spoke for 90 minutes this afternoon with President Putin of Russia about the situation in Ukraine. President Obama expressed his deep concern over Russia’s clear violation of Ukrainian sovereignty and territorial integrity, which is a breach of international law, including Russia’s obligations under the UN Charter, and of its 1997 military basing agreement with Ukraine, and which is inconsistent with the 1994 Budapest Memorandum and the Helsinki Final Act. The United States condemns Russia’s military intervention into Ukrainian territory.

The United States calls on Russia to de-escalate tensions by withdrawing its forces back to bases in Crimea and to refrain from any interference elsewhere in Ukraine. We have consistently said that we recognize Russia’s deep historic and cultural ties to Ukraine and the need to protect the rights of ethnic Russian and minority populations within Ukraine. The Ukrainian government has made clear its commitment to protect the rights of all Ukrainians and to abide by Ukraine’s international commitments, and we will continue to urge them to do so.

President Obama told President Putin that, if Russia has concerns about the treatment of ethnic Russian and minority populations in Ukraine, the appropriate way to address them is peacefully through direct engagement with the government of Ukraine and through the dispatch of international observers under the auspices of the United Nations Security Council or the Organization for Security and Cooperation in Europe (OSCE). As a member of both organizations, Russia would be able to participate. President Obama urged an immediate effort to initiate a dialogue between Russia and the Ukrainian government, with international facilitation, as appropriate. The United States is prepared to participate.

President Obama made clear that Russia’s continued violation of Ukraine’s sovereignty and territorial integrity would negatively impact Russia’s standing in the international community. In the coming hours and days, the United States will urgently consult with allies and partners in the UN Security Council, the North Atlantic Council, the Organization for Security and Cooperation in Europe, and with the signatories of the Budapest Memorandum. The United States will suspend upcoming participation in preparatory meetings for the G-8. Going forward, Russia’s continued violation of international law will lead to greater political and economic isolation.

The people of Ukraine have the right to determine their own future. President Obama has directed his Administration to continue working urgently with international partners to provide support for the Ukrainian government, including urgent technical and financial assistance. Going forward, we will continue consulting closely with allies and partners, the Ukrainian government and the International Monetary Fund, to provide the new government with significant assistance to secure financial stability, to support needed reforms, to allow Ukraine to conduct successful elections, and to support Ukraine as it pursues a democratic future. 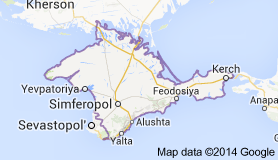 Nearly twenty years ago, Zbigniew Brzezinski famously said, “Russia can be either an empire or a democracy, but it cannot be both… Without Ukraine, Russia ceases to be an empire, but with Ukraine suborned and then subordinated, Russia automatically becomes an empire.” Uninterested in becoming a democracy, today’s Kremlin has not given up the hope of regaining a facsimile of its old empire, with Ukraine at its core. To be sure, the Kremlin today is pragmatic enough to understand that it can’t revive the corpse of the USSR (though Georgians may beg to differ), but it would like to create the Eurasian Union—a new version of “satellites along its periphery.”

Yanukovych came to power after Ukrainians tired of their Orange leaders. But instead of pursuing a truly Ukrainian path, Yanukovych sought to turn Ukraine into another, smaller Russia—not in the sense of wanting to be absorbed by Moscow, but in the sense of pursuing Putinism on a Ukrainian scale. This has meant keeping Ukraine in a gray area: controlled from the top, rife with corruption, but pretending to be a democracy and at the same time riding two horses on the international scene—one moving toward the West and another away from the West. To succeed at such a trick, Yanukovych needs to have a West that is truly interested in having Ukraine move toward Europe to counter the push-and-pull from Moscow. Instead, Europe’s interests have turned inward because of financial crisis and waning interest in integrating Ukraine, which is often viewed as a headache. So when Yanukovych started to clamp down on freedoms and his behavior began to resemble Putin’s, the West responded by delaying free trade and association agreements but also, for the most part, just looking the other way.

Yanukovych’s clampdown on democratic actors and institutions pushes him down the same road. Ukraine can be truly independent only if it is democratic, for only then will the West be interested in deeper relations—and be willing to help buttress Ukraine from Moscow’s acquisitive instincts. Yanukovych either fails to understand this or just doesn’t care. The policy of balancing is over, because neither Europe nor the Kremlin will allow Yanukovych to ride two horses.
Tags: horse, maidan
Subscribe