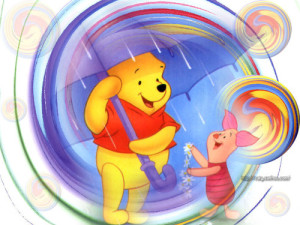 KEYNOTE: The spreading power of individual crises through a collectivity.

This symbol should be interpreted at two levels without evading the issues posed by its original wording. What does an epidemic imply and why mumps? The broad meaning of an epidemic is that one individual, if infected by a certain type of disease, can spread the disease to a vast number of persons in their environment, and in some cases all over the globe. In the proceeding symbol we were confronted with the individual crises, and its dangerous possibilities for the individual were implied. Now we deal with a process that affects the entire society; this obviously points out that the whole of mankind is potentially affected by, and thus, consciously or not, cannot help being involved in the critical situations faced by any individual or special group of people. Why then an epidemic of mumps? A childhood disease is implied, but it may have very serious consequences for adult men who catch it, since it affects not only all lymphatic glands, especially in the neck region, but also the testicles.

If the sign Aries symbolizes birth as a natural organism on this Earth, Leo represents (at least potentially) rebirth – at the level of the conscious and mind-based individuality. Thus in Leo man/woman, in this sense, is as yet only a ‘little child’ one might say a would-be initiate, an infant in spirit. The relation of the mumps to the sexual glands is characteristic, for the entrance into the realm of the conscious and individualized mind can affect the sex force, either through over-stimulation and irritation, or in terms of a deliberate ascetic deprivation.

This second stage symbol also provides a contrast with the first. What was an individual issue is now seen as a collective danger. Thus we are dealing with THE INFECTIOUS SPREAD OF INDIVIDUAL EXPERIENCES.

KEYNOTE: The need to transcend our subservience to fashion, in morals as well as in clothes.

This refers to the ever-changing pageant of social values, as ideals of human relationship succeed one another, one generation facing in the next an antithetic picture of what it has been brought up to consider worthwhile and decent. The confrontation may lead to great bitterness, yet it should show us the impermanence of most of what society impresses upon our collective mentality.

This is the first stage of the twenty-sixth five-fold sequence of phases of the cyclic process. We are dealing now with cultural values and the emotional impact they have upon our character formation. Whereas the first degree of Leo dealt with an individual crisis of reorientation, the sixth degree refers to a collective, cultural and social crisis which challenges us to realize THE RELATIVITY OF SOCIAL VALUES.