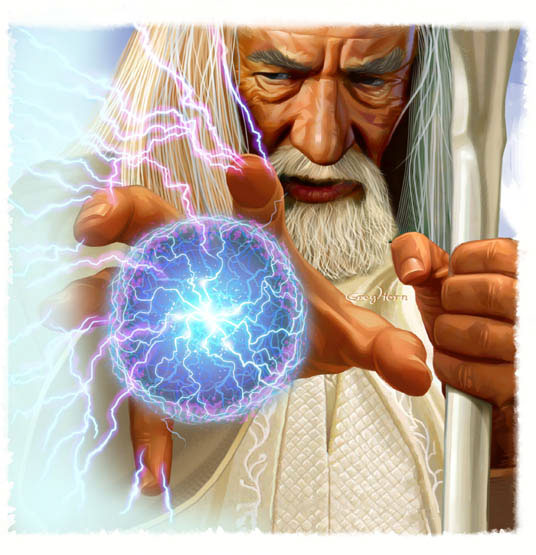 I am a servant of the Secret Fire, wielder of the flame of Anor.

Now the general who wins a battle makes many calculations in his temple ere the battle is fought. —Sun Tzu

The figure of the Hermit himself recalls the shape of the letter Yod, and the colour of his cloak is the colour of Binah, in whom he gestates. In his hand he holds a Lamp whose centre is the Sun, portrayed in the likeness of the Sigil of the great King of Fire (Yod is the secret Fire).

For Magick is the verb; and it is part of the Training to use the passive voice. This is, however, a matter of Initiation rather than of Magick in its ordinary sense. It is not my fault if being is baffling, and doing desperate!

Yet, once the above principles are firmly fixed in the mind, it is easy enough to sum up the situation very shortly. One must find out for oneself, and make sure beyond doubt, "who" one is, "what" one is, "why" one is. This done, one may put the will which is implicit in the "Why" into words, or rather into One Word. Being thus conscious of the proper course to pursue, the next thing is to understand the conditions necessary to following it out. After that, one must eliminate from oneself every element alien or hostile to success, and develop those parts of oneself which are specially needed to control the aforesaid conditions.

In an Abbey of Thelema we say "Will" before a meal. The formula is as follows. "Do what thou wilt shall be the whole of the Law." "What is thy Will?" "It is my will to eat and drink" "To what end?" "That my body may be fortified thereby." "To what end?" "That I may accomplish the Great Work." "Love is the law, love under will." "Fall to!" This may be adapted as a monologue. One may also add the inquiry "What is the Great Work?" and answer appropriately, when it seems useful to specify the nature of the Operation in progress at the time. The point is to seize every occasion of bringing every available force to bear upon the objective of the assault. It does not matter what the force is (by any standard of judgment) so long as it plays its proper part in securing the success of the general purpose. Thus, even laziness may be used to increase our indifference to interfering impulses, or envy to counteract carelessness. See Liber CLXXV, Equinox I, VII, p. 37. This is especially true, since the forces are destroyed by the process. That is, one destroys a complex which in itself is "evil" and puts its elements to the one right use.