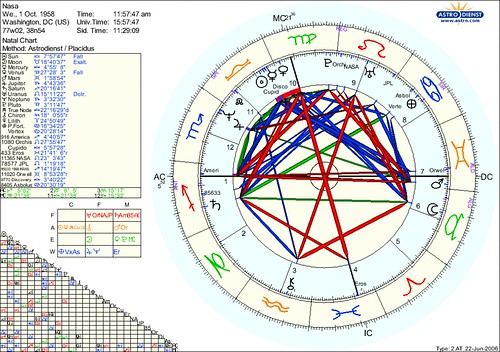 #87269-2000OO67 :: Francesco Schiavinotto—Times/Ages Marker; Milestones; Evolutionary Steps/Stages; Something rising from the Past; Revelations coming from unknown/far frontiers; Aging's Glories and Ruins; Long ways without a return; The Deeply Instructed Alerter. 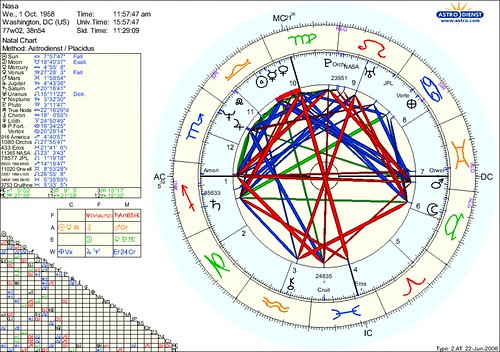 AMERICA can represent nation, sovereignty, continent (both senses) & specifically the United States of America. keywords i think of: cartography, mapping, discovery &c. one version of its naming is Martin Waldseemüller who named the Americas after Italian merchant & cartographer Amerigo Vespucci (Americus Vespucius); Amerigo derived from Haimirich meaning "ruler of the Home". etymology of continent:

on NASA's chart SUN, MERCURY, CUPIDO, POSEIDON, LUNAR PERIGREE, QUAOAR, ASTREA, TRUE NODE, IXION, METIS in Libra. only thing i could find at Libra 11° was Comet 2002CE10 {11LI25}; Sabian symbol for discovery degree [RA: 09 15 20.96 | Decl: +28 05 14.5 | Zodiac: 12LE41] is Leo 13° A bit of green grass before a neatly flowered cottage by the sea supports a chair in which an old sea captain rocks. found two interesting links googling any connection between NASA & sea captains: {a} Giving it up: Command versus control in abnormal situations & {b} Max Faget: This guy is a legend. first link is about a "sea captain" asking a "sky captain", "If you're the captain, why on earth do you have to steer?" — since sea captains don't steer the ship. apparently, aviation is unique because the captain commands & controls the stick. link discusses what happens when loss of situational awareness (SA) occurs in aviation accidents. a pilot flying is more likely to lose SA (The Right Stuff mentions astronauts being able to control the spacecraft):

Why is this? Why do pilots instinctively want to take the controls at the first sign of trouble? And if they do, why is this not necessarily the best course of action?

Some of the study’s findings offer insight into the interactions of the flightcrew team and the actions of individual leaders. The study also confirms the sea captain’s observation on the commuter flight—whether on the sea, in a nuclear power plant, on the battlefield or in the air traffic control tower, the assigned leaders rarely “take the controls” because their focus is then narrowed to task management rather than situation management.

So why is aviation different? Why do other occupations delegate the manipulation of controls or the dispatch of tasks to subordinates, rather than occupying the leader with these responsibilities? The UCF/Navy study may provide the aviation community with some of the answers and offer alternatives for improving operations.

Although the study discusses “normal” operations of the airplane, the researchers concentrate on crew actions and interactions during abnormal (“non-normal”) circumstances. The study points out that “the captain is the crew’s primary strategist and problem solver [and when] burdened with aircraft control at the time when the situation demands the full use of his cognitive skills ... the additional workload involved in [physically] flying the aircraft seems to reduce the ability [of the captain] to maintain awareness of the ‘big picture’ in a problem situation.” Furthermore, it says, “because the captain makes the strategic plans and decisions for the flight regardless of whom the pilot flying is, loss of situational awareness in the captain” affects the flight more severely than if it occurred with the first officer (FO). [+] 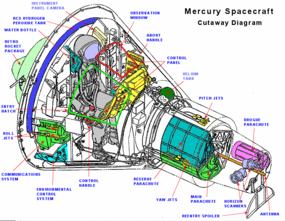 I wish to have no connection with any ship that does not sail fast, for I intend to go in harm’s way.

Full Moon on 27-Sep-1958 @ 4:44pm EST. NASA's birth Moon {18TA41} 220º42'50" from Sun {07LI58}; FULL MOON TYPE (Soli-Lunar Arc: 180° - 225°): Full Moon Type You belong to the Full Moon Type if you were born from fifteen to eighteen and one-half days after a New Moon (i. e., less than three and one-half days after Full Moon). Your typical personal characteristics are: mental objectivity, the ability to make ideals concrete, to receive illumination or "visions" and to give them symbolic expression, to fulfill the past; negatively, a sense of being divorced from reality and divided against oneself. Examples of the type: Goethe, Rudolph Steiner, Krishnamurti, Mary Baker Eddy, Evangeline Adams.

Sun above and Moon below the horizon: The horizon is the axis of consciousness" which separates the subjective realm of individual being (the solid earth) from the objective world of social and collective existence (the sky above). Therefore in this first soli-lunar combination the life of the human being is lived primarily through inner and individualized structures (the Moon) which reveal a collective, racial or social purpose (the Sun). Throughout his life and especially in time of crisis the person tends to give an individual form to a racial-social purpose or a collective ideal. Examples: Napoleon I, Nietzsche, Walt Whitman, Einstein, Henry Ford.