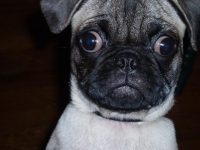 Deliver my soul from the sword; my darling from the power of the dog (Psalm 22:20).

the Hendoku-Iyaku asteroids for Cycle #24 MOGUNTIA (triPax), VINDEMIATRIX (septAlice) & PFUND (mid-point) are another interesting group of asteroids. MOGUNTIA & PFUND are both Germanic & VINDEMIATRIX is in Virgo. i'm struggling to bring together all the facts i know about VINDEMIATRIX & Virgo to write up something more coherent (& less wordy!) here. so this is sorta like a brain dump post. imho, think the essential point about VINDEMIATRIX is understanding the connection between Virgo-Libra-Scorpio — (from Anne Wright's Fixed Stars site, which provides a good overview). i remember reading a mythology book years ago saying something about the Greeks doing something weird with the Zodiac. they "hid" something in the Zodiac? anyway, Libra was added between Virgo-Scorpio with different cultures & myths taking credit.

thumbnail sketch: Virgo primarily associated with Astraea who represented Justice. last of the gods to leave the Earth, she left in disgust becoming the Virgo constellation with her scales creating Libra. Libra used to be part of Scorpio ("That Libra was once part of Scorpio is evident from the Arabic names of the stars; alpha and beta, the two brightest stars in the constellation"). Zuben Elgenubi (alpha) is the southern Scale of Libra called "The Insufficient Price"; Zubenelschemali (beta) is the Northern Scale of Libra called "The Full Price" — the Greeks knew these as the Chelae, the Claws of the Scorpion.

Wright notes that the Dogon associate Scorpio with "surgical operations, the removal of the clitoris [...] The poison-sac and sting symbolize the organ, the poison being the blood and liquid released by the operation". i think that illustrates how dramatic—and intrusive—Libra's addition to the Zodiac could have been & why i think of Scorpio being "circumcised'.

i've always been fascinated by the story of Dinah & Shechem in the OT; their names mean Judged & Shoulder or Back (from root meaning "to rise or start early"). Dinah is not included in the 12 Tribes & not explicitly included in the Zodiac. Genesis 34: {a} Shechem "violates" Dinah, {b} he tells his father (Hamor), "Get me this girl as my wife", {c} Hamor talks to Dinah's father (Jacob) but the family is ashamed by Dinah's disgrace (Shechem's a Hivite), {d} Hamor says "Intermarry with us"; {e} Shechem says, "Make the price for the bride and the gift I am to bring as great as you like, and I'll pay whatever you ask me. Only give me the girl as my wife.

the price was circumcision.

the entire city gets circumcised. while they're still in pain, Jacob's two sons Simeon & Levi attack, kill Hamor & Shechem, remove Dinah from Shechem's house & loot the city. Jacob's upset, but Simeon & Levi respond: "Should he have treated our sister like a prostitute?". from Ishtar, Inanna, & Ancient Astrology, "Istar, Babylonian, 'Star' was the Great Goddess who appears as Ashtoreth, Anath, Asherah. She was refered to as the Great Whore, and described in Revelation 17:5 as Babylon the Great, the Mother of Harlots. Another of her titles was the Goddess Har, who called herself the compassionate prostitute." see: Scorpio & the Love Dragon.

some think Genesis 46:10 Shaul the son of a Canaanite woman, refers to Dinah's son by Shechem. שואל (Shaul; "desired"; pass part of שאל "to ask, enquire, borrow, beg; practise beggary; to be given on request; to grant). contrast this with Dinhabah ("give thou judgement"; Robbers' den, an Edomitish city, the capital of king Bela ("destruction") Genesis 36:32 & 1 Chronicles 1:43). more info at JewishEncyclopedia.com. but John Gill thinks, "this is impossible: according to the Targum of Jonathan, this Shaul was Zimri, who did the work of the Canaanites at Shittim, Numbers 25:14, which is not at all likely, the distance of time will not admit of it". however, Numbers 25 is just as strange. Zimri (son of Salu) brings a Midianite woman (Cozbi, daughter of Zur) to his tent & both are killed when Phinehas ("mouth of brass"; from root meaning "to cleave in pieces, break into pieces, shatter") strikes a javelin through both of them, while they're having sex. Zimri means "my music"; Salu means "weighed"; Cozbi means "my lie" & Zur means "rock" from root meaning "to bind, besiege, confine, cramp; be an adversary; to form, fashion, delineate".

why, do i find all this so interesting? Shechem is "the most beautiful, perhaps the only very beautiful, spot in Central Palestine" ... "it is one of the oldest cities of the world. It is the modern Nablus (map), a contraction for Neapolis, the name given to it by Vespasian". Nablus "is one of the largest Palestinian population centers in the Middle East. Shechem is sometimes used as its name in English. The city lies 63 km north of Jerusalem, between Mount Ebal and Mount Gerizim. Ancient Shechem is located in the eastern part of the modern city, in a site known as Tal Balatah. An ancient city with a rich history, Nablus is a site of religious significance to the three major Abrahamic faiths, and is also a scene of political instability related to the Israeli-Palestinian conflict". or, in other words, here's the location for most of Genesis' plot-points: {a} God confirms his covenant with Abram, {b} Joseph buried here, {c} Jacob's Well, {d} Oak of Meonenim (oak of the sorcerer) & from the NT, Jesus & the woman at the well. currently, Nablus has 60%-80% unemployment, an Israeli NGO says it's "the infrastructure center of Palestinian terrorists", Palestinians regard themselves as under Israeli military occupation. in 2002 a suicide bomber kills 31. in response, Operation Defensive Shield is the largest military operation conducted by Israel since the 1967 Six-Day War & within 24 hours 20,000 emergency call-up notices issued, also the largest since 1982 Lebanon War.

Delta (Auva), with eta (Zaniah), gamma (Porrima), epsilon (this star Vindemiatrix), outlined a "Kennel", of the "Dogs" [Eric Morse in The Living stars says this Kennel has brothel associations, see Zaniah], and formed the Arabic 11th manzil, Al 'Awwa', "The barker". Vindemiatrix marked the eastern boundary of the Arabic 11th manzil [Influences: Gives benevolence, gain, voyages, harvests and freedom of captives. With Moon transiting here; sow, plant, take medicine but do not travel or marry. (Robson)]. (Allen). [+]
This group of stars formed the Arabic 11th manzil, Al 'Awwa' (1), "the Barker", or "the Howler" and were considered of good omen. [+]
A string of stars to the northwest of Spica in Virgo (Vindemiatrix, Delta Virginis, Porrima, Zaniah, and Beta Virginis) called "awwa" by the Arabians of old (which vaguely refers to a kennel and a barking dog, though the meaning is disputed) makes a sharp bend at Porrima, which in honor of the "turning" was once named Zavijava, "the angle." [+]
"Goetic," in Modern English, can either mean pertaining to goety or denote someone who practices goety, a better word for which is "goetist" or the more proper form "goetian." Either of these would literally translate to howler or one who howls. [+]
Dog :: Frequently mentioned both in the Old and New Testaments. Dogs were used by the Hebrews as a watch for their houses (Isa 56:10), and for guarding their flocks (Job 30:1). There were also then as now troops of semi-wild dogs that wandered about devouring dead bodies and the offal of the streets (Kg1 14:11; Kg1 16:4; Kg1 21:19, Kg1 21:23; Kg1 22:38; Psa 59:6, Psa 59:14). As the dog was an unclean animal, the terms "dog," "dog's head," "dead dog," were used as terms of reproach or of humiliation (Sa1 24:14; Sa2 3:8; Sa2 9:8; Sa2 16:9). Paul calls false apostles "dogs" (Phi 3:2). Those who are shut out of the kingdom of heaven are also so designated (Rev 22:15). Persecutors are called "dogs" (Psa 22:16). Hazael's words, "Thy servant which is but a dog" (Kg2 8:13), are spoken in mock humility = impossible that one so contemptible as he should attain to such power. [+]
<03611> בלכ (keleb), from an unused root means. to yelp, or else to attack; 1) dog; 1a) dog (literal); 1b) contempt or abasement (fig.); 1c) of pagan sacrifice; 1d) of male cult prostitute (fig.).
Tags: astroschyzy, cycle-24, dinah, libra, scorpio, shechem, vindemiatrix, virgo
Subscribe