Lucius Tarquinius, for his excessive pride surnamed Superbus, after he had caused his own father-in-law Servius Tullius to be cruelly murdered, and, contrary to the Roman laws and customs, not requiring or staying for the people's suffrages, had possessed himself of the kingdom —The Rape of Lucrece, William Shakespeare

added asteroid SUPERBUS because i thought it referred to a computer bus. can't determine who/what it was actually named for, but best bet is Lucius Tarquinius Superbus, "the legendary seventh (and the last) king of ancient Rome". from its founding in 753 BC the Regnum Romanum was a monarchal government with kings selected by an Interrex, approved by the Senate & accepted or rejected by the people. then an augur conducted the auspices to determine the divine will confirming the king-elect's "priestly character" & he was finally vested with Imperium, the power to do what was in the best interests of the state (see fasces & schneefälle).

Long-range SDO 1996_GQ21 is a scattered disc object with a greater orbit than Neptune discovered 12-Apr-1996 by Nichole M. Danzl [1][2] (at Steward Observatory; see also asteroid #10720-DANZL); GQ21 has 2/11 resonance with Neptune. astrologically: Along with Hylonome, GQ21 is the door to nagual, or our hidden self (source). 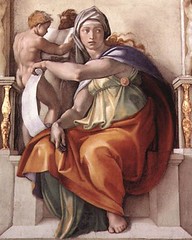 The ruler whose prophesy occurs at Delphi, it neither gathers nor hides, but gives hints —Fragment 93, Heraclitus

an Augur refers to a priest in ancient Rome or the eighth month of the Zork calendar. in ancient Rome, augurs took auspices by studying the flight of the birds to interpret the will of the gods — a central function of Roman society. "Who does not know that this city was founded only after taking the auspices? That everything in war and in peace, at home and abroad, was done only after taking the auspices?" (Livy).

the word inauguration comes from augurare, "to act as an augur, predict". however, an augur did not predict "but through his augury he finds signs on whether or not a course already decided upon meets with divine sanction and should proceed".