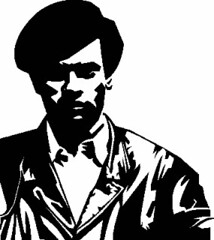 several weeks ago: working on adding Badiou's Knot to astroschyzy & wrote (at hyperstition):

sd. well, this thread's got me thinking of engineering some type of Oankali Diaspora (blending together Butler, Egan & Paine), recognizing the anglospheric void of full existential engagement. it's my argument that the anglosphere structure hyperstitionally supports/prefers some genes over others. not a bad thing for most genetic blocks, but at what point does a suppressed genetic block recognize a bifurcating juncture (common sense)? let's say a genetic block experienced a diaspora that weakened its overall ability to exist on a planet. how can you append or bind together (horizontal gene transfer?) its strongest genetic strains & bootstrap a new trajectory?

began working out Oankali Exodus & new set of asteroids. thought Badiou's Knot significant, no problems represent ing it in astroschyzy. however. something about Oankali Diaspora made me uncomfortable; changed it to Oankali Exodus (better but, eh). been working on some form of astroschyzy since 9/11. NOLA levee breach made me conscious of what first motivated me to intensify my use of magic after the WTC attack. our protective shield was breached. didn't know if i was trying to fix it, or do something else. like what

Authentic radicalism is probably (and probably properly) found outside of institutions. All we can hope is that it diffuses generally enough to change things once and for all. I do think that's slowly and steadily happening, but it's question whether or not this progress can outrun the erosion of democracy, the self-aggrandizement of our rulers, the depredations of warmongers, environmental devastation and consequent civilizational collapse.

unfortunately, when the US sneezes the rest of the world still catches a cold. we have the power to invade other countries & attack non-nuclear nations with nuclear weapons. astroschyzy is something i throw over the world to give us all something to hold onto as we figure out what comes next. it recognizes every individual as an equal actor able to influence events. it is the hope for a better future (the "sun'll come out tomorrow" kind).

{Rudy} The problem, my dear friends, is that we have been deprived, we been conned, hoodwinked, bamboozled. Our children haven't got the whole loaf. They have not read Huey P. Newton's Revolutionary Suicide. I think it might be a manual we can begin to used during adolescence. A lot of identity crises can be averted when they are in their 20s. The reality of our world is sometimes better than soft-pedaling the truth.

{Huey} There is an old African saying, "I am we." If you met an African in ancient times and asked him who he was, he would reply, "I am we. This is revolutionary suicide: I, we, all of us are the one and the multitude. So many of my comrades are gone now. Some tight partners, crime partners, and brothers off the block are begging on the street. Others are in asylum, penitentiary, or grave. They are all suicides of one kind of another who had the sensitivity and tragic imagination to see the oppression. Some overcame; they are the revolutionary suicides. Others were reactionary suicides who either overestimated or underestimated the enemy, but in any case were powerless to change their conception of the oppressor. The differences lies in hope and desire. By hoping and desiring, the revolutionary suicide chooses life; he is, in the words of Nietzsche, "an arrow of longing for another shore." Both suicides despise tyranny, but the revolutionary is both a great despiser and a great adorer who longs for another shore. The reactionary suicide must learn, as his brother the revolutionary has learned, that the desert is not a circle. It is a spiral. When we have passed through the desert, nothing will be the same.

surprised when a google book search brought up Jonestown, bringing me face-to-face with the Oankali Exodus (initially, wanted to find a way to escape, or erase; thought it would be nice if blacks could experience It's A Wonderful Life — would the world be better or different without us?). i remember when i first heard about the mass suicide in Guyana: dozens of people dead ... no - hundreds of bodies .... children dead ... mostly, all black. then, felt the horror of people willingly dying together. never understood it. but tonight i really wondered, would i have drunk that kool-aid? yes. that's reactionary suicide.

{136} For Newton, Blacks faced a choice only between two kinds of "suicide": (1) the slow reactionary suicide of continuing to submit to the life of unemployment, crime, and addiction in the ghetto, and (2) revolutionary suicide. In his view the later term symbolized the death of the already dead ghetto soul. Out of the ashes of rejecting their oppression, Blacks would be reborn to a revolutionary struggle that could only end in victory or death. Either way, revolutionary suicide would unite Blacks in their historic racial destiny as the liberators.

Jim Jones read Revolutionary Suicide. Newton's basic ideas of rebirth to the socialist cause and life as struggle to the death fit well within Jones's own theology of revolution; he must have felt equally comfortable with the Panther's "race-class line" that argued Whites and Blacks should not fight each other when they could direct their revolutionary efforts against their common enemies, the state and the capitalist classes. The questions Jones puzzled over when he eventually met Newton living in exile in Cuba in 1977 revolved around the nature, and site, of the struggle. Jones lectured Newton on the futility of struggling against capitalism on its own turf. "He tried to tell me that I should think of finding some place outside the United States," Newton recalled after the Jonestown mass suicide. "He didn't think there was any hope fo the United States or the Third World. He said he saw suicide as the only way out." Newton did not fully understand Jones. For the latter, revolutionary suicide was the emblem of rebirth not to the battle in Babylon but through migration to Black redemption beyond Babylon. Death in persecution and rebirth in the Promised Land were to form a cycle of incarnations.

{17} Revolutionary suicide does not mean that I and my comrades have a death wish; it means just the opposite. We have such a strong desire to live with hope and dignity that existence without them is impossible ... Above all, it demands that the revolutionary see his death and life as one piece.

{150}The Peace Movement is extremely important, more important than I thought it was two years ago. The reason I place so much more emphasis on the Peace Movement is that I now see that if peace were to come about, it would revolutionize the basic economic composition of the country.

{129} Newton had suggested the term in his book, Revolutionary Suicide, as a liberating antidote to the pervasive disease of "reactionary suicide," the hopeless, helpless submission of blacks in America to the forces of racism that had deprived them of human dignity and had driven many to drugs, alcohol, despair, and death. Revolutionary suicide was a radical attempt to maintain human dignity by fighting the forces of oppression even to death. In this strategy, Newton proposed, the revolutionary did not bare his throat to the oppressor, but nevertheless did recognize and accept, following the Revoutionary Catechism, that "the first lesson a revolutioinary must learn is that he is a doomed man." Revolutionary suicide embraced the certainty of death in the militant struggle for liberation against the overwhelming forces of oppression.

Although Newton disowned the Peoples Temple's appropriation of his term, there is an important sense in which it reflected precisely what the Temple thought it was doing. The network of orientation and classification out of which the Temple's worldview was constructed came to revolve around this central axis of revolutionary suicide. In a poem introducing his book, Newton practically catalogued the issues of spatial orientation, temporal orientation, and the classification of persons that constituted the location of the body in the worldview of the People's Temple. Newton wrote:

By having no family,
I inherited the family of humanity.
By having no possessions,
I have possessed all.
By rejecting the love of one,
I received the love of all.
By surrending my life to the revolution,
I found eternal life.
Revolutionary Suicide.

appreciate the lesson. "reactionary suicide" is not what i want to create. inspired by Grant Morrison's mention of prion (Be like a prion, an unstoppably replicating germ in the guts of the body politic. Be the little pill that culture swallows, the drug that changes everything and forces new vision. Be the infection that brings shamanic crisis. Be the loving poison that Things As They Are cannot recover from. Be the Holy Guardian Angel.), decided to rename Oankali Exodus — it's lots more fun:

that's my version of revolutionary suicide. note: astroschyzy on brief hiatus while i move back to los angeles.