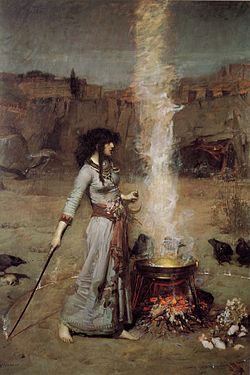 Waterhouse's The Magic Circle, on the cover of
Trance: from Magic to Technology, by Dennis Wier

The idea that people could use computers to amplify thought and communication, as tools for intellectual work and social activity, was not an invention of the mainstream computer industry or orthodox computer science, nor even homebrew computerists; their work was rooted in older, equally eccentric, equally visionary, work. You can't really guess where mind-amplifying technology is going unless you understand where it came from. - HLR
Collapse