in their bed of trial, on the bolster of hardship, by the glimmer of memory, under coverlets of cowardice, Albatrus Nyanzer with Victa Nyanza, his mace of might mortified, her beautifell hung up on a nail, he, Mr of our fathers, she, our moddereen ru arue rue, they, ay, by the hodypoker and blazier, they are, as sure as dinny drops into the dyke... [+]
Nyanza, Victoria and Albert (q.q.v.)— African lakes, the western reservoirs of the Nile (q.v.). The Bantu word anza, "water" is the source of Nyanza. As Mr Mencier points out, Irish ni h annsa (see Anna Livia) means "not hard" and is a formula for answering riddles. What sounds like "no answer" means easy to answer. See Speke. 23.20—2 1; + 105.14 [+]

The kloof had been named after Magoeba, a chief of the Ba Tlou people, and is known to locals as 'the place where two warrior chiefs duelled." Evidently Magoeba refused to pay taxes to the Transvaal government or move to make way for white farmers. A force of 800 burgers and 6000 Swazi auxiliaries drove him into the kloof. The Swazi chief challenged him to single combat and brought him to his knees. His head was cut off and carried back for bounty money. Even then, seemingly, it was dangerous to tangle with the tax office. [+]

• 1362 ILLUSTRIOUS :: Cancer 12° A slant-eyed Chinese woman is nursing a baby, and about the child is the glorious nimbus of divine incarnation : AQ 1362 = FIRST OF THE ADEPTS COVERED HIS SHAME WITH A CLOTH, WALKING BACKWARDS; AND WAS WHITE (MAZ, 6th Aethyr) = THE CONNECTION BETWEEN CONTINENTAL PHILOSOPHY AND MARSHMALLOW-ENHANCED CEREAL : no HEB values.

The number Nine, Yesod, inevitably brings back the balance of Force in fulfilment. The card is ruled by Venus in Virgo. It shows good luck attending material affairs, favour and popularity. The disks are arranged as an equilateral triangle of three, apex upwards, close together; and, surrounded at some distance by a ring, six larger disks in the form of a hexagon. This signifies the multiplication of the original established Word-by the mingling of "good luck and good management". The three central disks are of the magical pattern as in earlier cards; but the others, since the descent into matter implies the gradual exhaustion of the original whirling energy, now take on the form of coins. These may be marked with the magical images of the appropriate planets. As a general remark, one may say that the multiplication of a symbol of Energy always tends to degrade its essential meaning, as well as to complicate it.

AQ 493 = DEGRADE ITS ESSENTIAL MEANING = SOMEWHERE OVER THE RAINBOW.

AQ 1895 = MULTIPLICATION OF A SYMBOL OF ENERGY ALWAYS TENDS TO DEGRADE ITS ESSENTIAL MEANING, AS WELL AS TO COMPLICATE IT (Nine of Disks) = A PLACE BETWEEN THE MUNDANE AND READY REALITY AND THE MULTIPLE POTENTIALS OF A MORE FULLY UNDERSTOOD EXISTENCE (John Keats, Negative Capability) = TO REMAKE THE REGION, REPLACING DICTATORSHIPS WITH DEMOCRACIES IN ORDER TO DEPRIVE TERRORISTS OF SUPPORT (J.R. Dunn).

AQ 343 = NEGATIVE CAPABILITY = RISSHO ANKOKU RON = TALK LIKE A PIRATE DAY = THE EVENT IS THE DATE = THE GAZE OF THE OBJECT = THE SCIENCE OF WEALTH (chrematistics) = WHEN THE BUDDHA SITS.

[+] this revealed a coin theme & reminded me of Subdecadance. one of the 40 asteroids is #8835-ANNONA [+] who appears on Roman coins. two Europeans introduced coins for their trading company in Kokstad & East Griqualand ("first indigenous currency") [+]. Decadence played with 36 cards (Cycle #36) & Subdecadance adds four Queens to the Decadance pack. four "Queens" will be added to Cycle #40. however, decided to bypass #1362-GRIQUA, didn't think it wise to trade in that particular coin. Cry, The Beloved Country, quoted here, mentions East Griqualand; James Earl Jones gives a phenomenal performance in the 1995 film. not sure who/what asteroid #2727-PATON named for, but it would represent Alan Paton on the 827 List.

Cry, the beloved country, for the unborn child that is the inheritor of our fear. Let him not love the earth too deeply. Let him not laugh too gladly when the water runs through his fingers, nor stand too silent when the setting sun makes red the veld with fire. Let him not be too moved when the birds of his land are singing, nor give too much of his heart to a mountain or a valley. For fear will rob him of all if he gives too much. [+]

the Griqua people are called the Rainbow Nation [+]. searching the African National Congress website pops several pages with "rainbow". interesting discussion about Rainbow Africans: The transition from apartheid state to rainbow nation was Mandela's, but de Klerk recognized that apartheid's time had come, and that's hard to do from within.

We have triumphed in the effort to implant hope in the breasts of the millions of our people. We enter into a covenant that we shall build the society in which all South Africans, both black and white, will be able to walk tall, without any fear in their hearts, assured of their inalienable right to human dignity - a rainbow nation at peace with itself and the world. As a token of its commitment to the renewal of our country, the new Interim Government of National Unity will, as a matter of urgency, address the issue of amnesty for various categories of our people who are currently serving terms of imprisonment. We dedicate this day to all the heroes and heroines in this country and the rest of the world who sacrificed in many ways and surrendered their lives so that we could be free. Their dreams have become reality. Freedom is their reward. We are both humbled and elevated by the honour and privilege that you, the people of South Africa, have bestowed on us, as the first President of a united, democratic, non-racial and non-sexist government. We understand it still that there is no easy road to freedom. We know it well that none of us acting alone can achieve success. We must therefore act together as a united people, for national reconciliation, for nation building, for the birth of a new world. Let there be justice for all. Let there be peace for all. Let there be work, bread, water and salt for all. Let each know that for each the body, the mind and the soul have been freed to fulfill themselves. Never, never and never again shall it be that this beautiful land will again experience the oppression of one by another and suffer the indignity of being the skunk of the world. Let freedom reign. The sun shall never set on so glorious a human achievement! God bless Africa! [+] 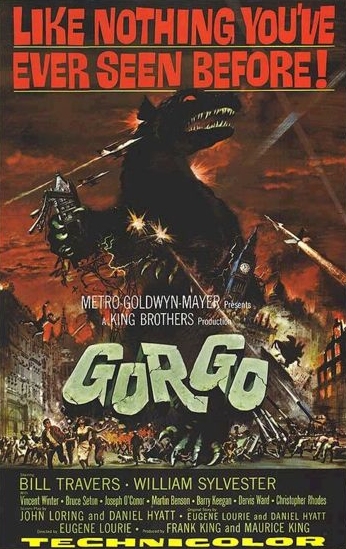 In 500, Sparta was visited by Aristagoras, a petitioner for aid to the revolted lonians. His brazen map and his accompanying representations appear to have had considerable eftect on Cleomenes. He demanded three days to consider; then enquired "how far was Susa from the sea." Aristagoras forgot his diplomacy and said, "three months' journey." His Spartan listener was thoroughly alarmed, and ordered him to depart before sunset. Aristagoras however in suppliant's attire hurried to meet him at home, and made him offers, beginning with ten, and mounting at last to fifty talents. It chanced that Cleomenes had his daughter Gorgo, a child eight or nine years old, standing by; and at this point she broke in, and said "Father, go away, or he will do you harm." And Cleomenes on this recovered his resolution, and left the room. (Herod, vi. 49—51.) This daughter Gorgo, his only child, was afterwards the wife of his half-brother Leonidas : and she, it is said, first found the key to the message which, by scraping the wax from a wooden writing-tablet, graving the wood, and then covering it with wax again, Demaratus conveyed to Sparta from the Persian court in announcement of the intended invasion. (Herod, vii. 239). [+]

AQ 322 = OBJECT OF HILARITY = THE KEY TO THE MAZE = WE LILACE THE ARROW (Now we aim without aiming; to forget the arrow (MAL) is to remember LAM: the Target is our intention. We lilace the arrow, symbol of our will (AIWASS) and its ultimate fulfilment, upon the string; and, dissolving ourselves in samadhi upon a sevenfold doubt, we loose the arrow in a moment of pure folly. The feathers of the arrow are plucked from the headdress of MAAT; these feathers form a cross pattern as they resolve themselves in a circle which becomes the Mark of the Beast. One of these feathers of MAAT is used to weigh the heart of the Initiate in the 17th Aethyr TAN, the Aethyr of the Balance).

AQ 311 = THE ART OF UNBELIEF = RADICAL ACCELERATOR (Since the earth already hosts incomprehensibly vast quantities of DNA, all basically computationally inert, an intelligenic technoviral trigger that switched significant chunks of it into productive cognition would probably be the best radical accelerator. There are innumerable alternative scenarios however, and more every year (every week?). Nick) = RITES OF THE (45) 'LEMU' = THE LAM STATEMENT.