ah, well, here you go: AQ 264 = CHREMATISTICS (The Infantile Belief in Money, Anthony Paul Smith) = PARA BAILAR LA BAMBA, the AQ 290 = STUDY OF MONEY = NORTHANGER ABBEY, AQ 343 = THE SCIENCE OF WEALTH = TALK LIKE A PIRATE DAY. Aristotle made a clear distinction between economics (oikonomia) and purely speculative activity which produces nothing of real value. He called the latter set of activities "chrematistics," which can be defined as "the branch of political economy relating to the manipulation of property and wealth so as to maximize short-term monetary exchange value to the owner." Aristotle's classic example of chrematistics concerned the philosopher Thales of Miletus. [+] Thales, so the story goes, because of his poverty was taunted with the uselessness of philosophy; but from his knowledge of astronomy he had observed while it was still winter that there was going to be a large crop of olives [+][+] chrêmatistikon: of or for traffic and money-making, a man of business, an omen portending gain, the commercial class, the art of money-making.

AQ 158 = ANGEL HRU (The Great Angel set over the operations of the Secret Wisdom) = HARD-WIRE.

STS-116's hard wire job involves switching a temporary electrical system to a permanent electrical system. if i grok this, involves shutting down half of the space station twice. first spacewalk shuts down ½ the station, rewire. bring everything back up. second spacewalk rewires remaining half. interestingly, the ISS has been on the temporary system for eight years. which is the chrematistic system (temporary or permanent)?

We believe in our knowledge of money. this seems hard wired. we believe in the separation between church & state; however, we do not have a separation between state & money (capitalism). It troubles me that people who claim to support the autonomy of the State against the intrusion of religious belief have no problem with nation-states being nothing more than another economic actor within the wider economy, its own sovereignty subject to the will of that wider economy with its own hierarchy akin to that of the ecclesial order.

Every day we stave off the coming wrath of the Market God by believing in money, really believing in it so that we know it is real, though in reality it is no more real than the rapture or the second coming of an evangelical God [+]

In order to qualify as a fictional system at all, it is necessary that the fictions must be opened up to participation [+]

Unbelief. Pragmatic skepticism or constructive escape from integrated thinking and all its forms of imposed unity [+]

The phrase, above all others, that haunted this weekend's superb conference at Birkbeck , 'Is a Politics of Truth Still Thinkable?', was one of Lacan's most gnomic and provacative formulations: 'truth has the structure of fiction'. Fiction featured centrally in both Badiou and Zizek's different but complementary analyses on Saturday. For Badiou, the challenge was the production of new fictions; for Zizek, the problem was escaping the already-operative fictions of Capital. Badiou's call for new fictions will be discussed in the next post. In this post, I'm going to concentrate on Zizek's analyses of the fictions of capital [+]

What, then, of fictions? What did Badiou mean by his closing claim last week that 'when the world is dull and confusing, we have to sustain our belief by a magnificent fiction?' What work is the concept of fiction doing here? I don't feel qualified to answer, but I do want to make a positive case for fiction [...] The first hypothesis we might hazard is that, counter-intuitively, only fictions are capable of generating belief. 'The final belief must be in a fiction,' Badiou quoted Wallace Stevens as writing. The belief at stake is clearly not a propositional but an attitudinal belief; which is to say, not a belief that a particular factual state of affairs obtains but belief as a set of commitments. Secondly, since capitalism is itself inherently fictional, it is essential that counter-capitalist fictions be produced. Fiction here would not mean an 'imaginary' (in a Lacanian or any other sense) alternative but an already-operative generator of possibilities. Fiction ensures that things are not only themselves. Capital is the most effective sorcery operative on the planet at the moment because it is adept at transforming banal objects into a sublimely mysterious commodities. Trans-substantiation. The allure of the commodity arises from the non-coincidence of the object with itself. (cf Zizek's famous analysis of the 'nothingness' of Coke.) Anti-capitalism needs to take the form not only of a demystifying, depressive desublimation but of the production of alternative modes of sublimation. [+]

According to the tenets of Hyperstition, there is no difference in principle between a universe, a religion, and a hoax. All involve an engineering of manifestation, or practical fiction, that is ultimately unworthy of belief. Nothing is true, because everything is under production. Because the future is a fiction it has a more intense reality than either the present or the past. Ccru uses and is used by hyperstition to colonize the future, traffic with the virtual, and continually re-invent itself. [+]

Is prophesizing hyperstitional? Guess that would depend on whether prophesizing can bring about the reality of what is prophesized. Yet how would this possibly occur? Through stimulating belief in masses? Whether this is the correct formulation of "fictions that become real" - ie. reality emerging through generation of *belief* - there would seem to be a limit to the extent to which belief can affect the advent of natural phenomena, such as tidal waves. [+]

Hyperstition as the process of 'fictions becoming real' is thus limited to the human level of reality, when this itself requires greater explanation at a base material level, so its misleading to talk of 'fictions' at all. What we are looking for, whilst fumbling for a rigorous and exact theory of number, is a non-anthropomorphic concept of speculation or anticipation, in which the expectations of artificial agencies may play a role in causing the effects anticipated. [+]

Belief, as it has been drilled into me, is still the one that exerts the total pressure to take on the right/wrong depending upon where you stand. What if the belief is itself in doubt. How do you believe something that cannot be proved, something that only appeals to the senses as the right thought. [+]

you are immune provided you do not believe [+]

In his conversation with an imaginary interlocutor, Pascal maintains that the cure for 'unbelief' is to literally go through the motions of the Catholic faith. Acting as if you belief will eventually produce belief 'in the heart'. Behaviour, particularly habituated behaviour, engenders belief. 'You would like to attain faith and do not know the way; you would like to cure yourself of unbelief and ask the remedy for it. Learn of those who have been bound like you, and who now stake all their possessions. These are people who know the way which you would follow, and who are cured of an ill of which you would be cured. Follow the way by which they began; by acting as if they believed, taking the holy water, having masses said, etc. Even this will naturally make you believe, and deaden your acuteness.' [+]

If there is a God, He is infinitely incomprehensible, since, having neither parts nor limits, He has no affinity to us. We are then incapable of knowing either what He is or if He is. This being so, who will dare to undertake the decision of the question? Not we, who have no affinity to Him. Who then will blame Christians for not being able to give a reason for their belief, since they profess a religion for which they cannot give a reason? They declare, in expounding it to the world, that it is a foolishness, I Cor. 1. 21. ["For after that in the wisdom of God the world by wisdom knew not God, it pleased God by the foolishness of preaching to save them that believe."]; and then you complain that they do not prove it! If they proved it, they would not keep their word; it is in lacking proofs that they are not lacking in sense. "Yes, but although this excuses those who offer it as such and takes away from them the blame of putting it forward without reason, it does not excuse those who receive it." Let us then examine this point, and say, "God is, or He is not." But to which side shall we incline? [+]

AQ 442 = REWIRE THE SPACE STATION = HOW TRUTHS ARE PRODUCED (Gayatri Spivak) = THE SECRET ADOURS OF HADIT = UNIVERSITY OF WARWICK.

Then at least learn what's involved in your inability to believe. The issue is a matter of passion, emotion, rather than reason, for reason allows one to believe, but you cannot believe. This is a disease that can be cured. See if you can become convinced, not by piling arguments on top of each other, but by getting your passions under control ... Your stumblingblocks here are your passions, not your reason; your emotions are getting in the way. And doing these sorts of things is precisely what will lessen your slavery to your passions 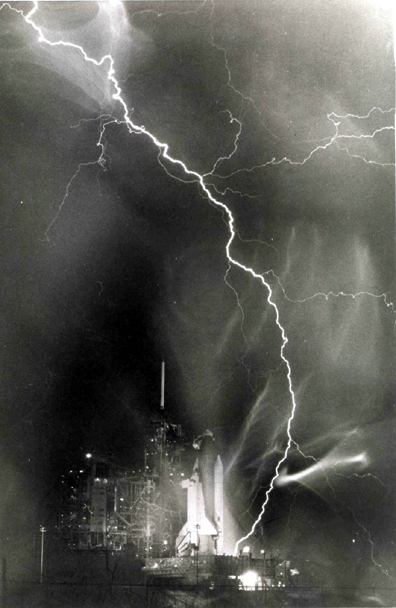 AQ 93 = STS-8 = PARAÍBA (one of the states of Brazil & the easternmost land of the Americas; home of the Paraiba Tourmaline) = PHACT (Alpha Columbae; one of the "Good messengers"; Arabic name for Phact is Al-Fakhitah, "The dove") = MARY = IGNEM (Latin, "fire").

well, that went well. owe over 4K to the fine state of california. me with no job. perfect timing. trey just drove up to the gate grinning at me running errands. STS-8 was the first night launch/landing, pilot would later command Endeavour's maiden flight & first african-american in space. which is how dad got himself invited to the launch. think lightning strike occurred just before launch.

AQ 654 = WHEN I FIND MYSELF IN TIMES OF TROUBLE = DARKNESS WAKES AND STIRS IMAGINATION (Music of the Night, Phantom of the Opera) = GENETIC, VULTURE LIKE PROPENSITIES = THE ETERNAL, THE IDENTICAL, THE CONSTANT.

AQ 1146 = AND WHEN THE NIGHT IS CLOUDY THERE IS STILL A LIGHT THAT SHINES ON ME = {L} NOW COMETH THE GLORY OF THE SINGLE ONE, AS AN IMPERFECTION AND STAIN (Liber Trigrammaton).

AQ 470 = OUTSIDE THE CIRCLES OF TIME = DIALOGUE-OF-CIVILIZATIONS = ONE-TO-MANY COMMUNICATION = SPIRIT OF HYPERSTITION = THE LIGHT ROSE-MADDER OF DAWN = WE DECLARE WORLD CONTACT DAY.