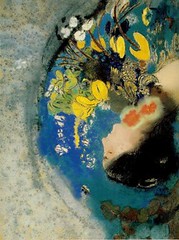 ran ephemerides for new asteroids & finished plugging them in. asteroid #171-OPHELIA endpoint. extremely ironic the first day of the North Atlantic hurricane season. Hurricane Ophelia was one of the most erratic, meandering & neurotic hurricanes of the 2005 season. it was the fifteenth named tropical cyclone and the eighth hurricane forming on 06-Sep-2005 & dissipating 23-Sep-2005. currently, there are numerous predictions for the 2006 hurricane season in the news. wikipedia article describing Ophelia:

From September 9 to September 11, Ophelia fluctuated in strength, being downgraded to a tropical storm only to regain hurricane intensity three more times; during this time it moved only very slowly and erratically in a northeasterly direction. The NHC continued to struggle to predict Ophelia, with the forecasts generally calling for a landfall on the east coast of the United States. The forecasters indicated there was a possibility that Ophelia could strengthen further to Category 3 strength, though they felt this was unlikely.[3] On September 12 the storm completed a clockwise loop, then adopted a more north-westerly motion towards North Carolina, while still moving only slowly and fitfully. It dropped again just below hurricane strength when the inner core of convection collapsed, possibly due to passing over cooler water that it upwelled earlier in its track. Ophelia regained hurricane strength over the warm waters of the Gulf Stream. After the collapse of the inner core of convection, the hurricane acquired an unusually large eye over 115 miles (185 km) across and soon reached its peak strength with 85 mph (140 km/h) winds. [+] 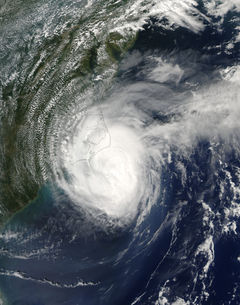 still sorting through this one & may write more later. MOGUNTIA post looks at its strategic military role during the Roman Empire.