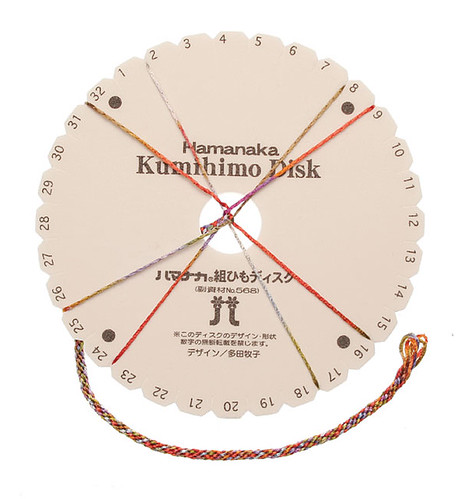 The Flights for cast and crew had been booked; the production schedule delivered; there were tickets advertised on the Internet. The Royal Court Theatre production of "My Name Is Rachel Corrie," the play I co-edited with Alan Rickman, was transferring later this month to the New York Theatre Workshop, home of the musical "Rent," following two sold-out runs in London and several awards. 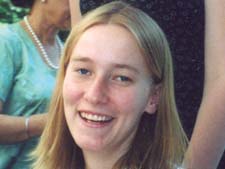 Rachel Corrie (April 10, 1979–March 16, 2003) was a member of the International Solidarity Movement (ISM) who traveled as an activist to the Gaza Strip during the Al-Aqsa Intifada. She was killed in Rafah in the Palestinian territories when she tried to obstruct an Israel Defense Forces (IDF) Caterpillar D9 bulldozer operating in an area designated by Israel as a security zone, adjacent to the Egyptian border. The circumstances of her death are disputed: the ISM and other eyewitnesses claim that the bulldozer driver deliberately ran over her twice, while the IDF claims that the bulldozer driver didn't see her and that the cause of death was falling debris pushed over by the bulldozer.

Raised in Olympia, Washington, Corrie was the daughter of Craig Corrie, an insurance executive, and Cindy Corrie, a school volunteer and amateur flautist. Corrie graduated from Capital High School, then attended The Evergreen State College, where she studied the arts and international relations. At Evergreen students enroll in one interdisciplinary "program" for a quarter, rather than select several individual classes. In the year before she left for Rafah, Corrie enrolled in two programs: "Labor and the Environment: Common Ground?" and "Local Knowledge". She also undertook an independent project entitled "Public Art and the Middle East Conflict". Corrie was a member of the Olympia Movement for Justice and Peace and participated in various activities promoting peace and environmental causes. In her senior year, Corrie joined the International Solidarity Movement (ISM). She took a leave of absence from Evergreen to initiate a sister city project between Olympia and Rafah and to participate in ISM-organized demonstrations in Rafah. {more}

quote :: "I feel like I'm witnessing the systematic destruction of a people's ability to survive . . . Sometimes I sit down to dinner with people and I realize there is a massive military machine surrounding us, trying to kill the people I'm having dinner with."

I turned on the TV the other day to find Snoop Dogg peddling Chryslers with Lee Iacocca, or "Ike Izzizzle", as he's apparently known in the 'hood. I flipped the channel and heard Sir Mix-A-Lot rapping a kid-friendly rendition of "Baby Got Back" for Target ("I like backpacks and I cannot lie..."). Who knew that he was a value shopper, much less a connoisseur of academic supplies? While I understand that Sir Mix-A-Lot's vocational options are limited ("I see on your resume that you like big butts. Can you expound on that?"), I couldn't help but wonder what the hell was going on. Could Pfizer be scurrying somewhere to dig up Young MC for an anti-depressant ad? Bust a Mood!

I changed the channel again, only to see a Lays ad with the tagline, "Get your smile on." Then a Purell commercial with kids touching dirty objects to MC Hammer's "U Can't Touch This". A Sprint ad where a white suburban mom exclaims, "It's all good!" A Progressive ad for "player hater insurance". Eric B. and Rakim's "Don't Sweat the Technique" in a Reebok ad. Boost Mobile's inescapable "Where you at?"

I dropped the remote. Was the revolution in fact being televised? I called a friend and asked if we'd overcome. "I dunno," he said. "I still feel oppressed." {more}

used to work at jcpenney — probably one of the most conservative american companies. my chin remains glued to the ground after watching, several years ago, jcpenney rapping back-to-school wear. :-( ) 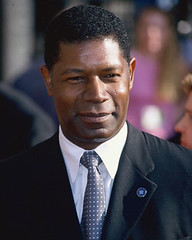 actually, this post about actor Dennis Haysbert (can't believe it, he was on ... Laverne & Shirley?). never watched 24 before, unaware of President David Palmer until A&E reruns.

he's one of those character actors you notice; seen Haysbert in Navy SEALs, Waiting to Exhale, Love & Basketball, but it's Far From Heaven where a lot of folks, including me, really started to notice. sadly, only saw him in the Allstate ads unaware he was playing a hyperstitional first black POTUS. "carriage" (my mom's an english teacher) is the best word to describe him. it's in the timbre of his voice, it's in the fabric that he wears, it is the presence of his body & how he moves through the air.

there's nothing sexier than a black man in a tuxedo. i don't mean when he's on the red carpet out in public. it's when the jacket's off, glass of cognac at hand, sitting back in his comfortable chair. the informal embraced by the formal. very few men can truly wear a tuxedo. in the Americanosphere it is the masculine uniform of elegance, occasion & privledge. while the English dinner jacket is its etymology, the tuxedo is an entirely Americanized bit of revo-engineering.