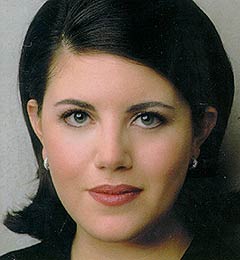 All this fuss over what? Is it a hill, is it a mountain? Perhaps it wouldn't matter anywhere else, but this is Wales. The Egyptians built pyramids, the Greeks built temples, but we did none of that, because we had mountains. Yes, the Welsh were created by mountains: where the mountain starts, there starts Wales. If this isn't a mountain—well, if this isn't a mountain, then Anson might just as well redraw the border and put us all in England, God forbid. {wikiquote}

PAX is kinda (extremely) interesting at endpoint coz of TRIPAXEPTALIS (triPax-septAlice), which resonates with "alice" related asteroids (including JACKALICE), & that TEMPLE1-2005_FY9-CROCUS combo. so you got a flower (see: Through the Looking Glass, Chapter II, The Garden of Live Flowers). 2005_FY9 codenamed "Easterbunny" (discovered 31-Mar-2005; see: 2003 EL61 & 2003 UB313). Comet TEMPEL1 impacted by NASA Deep Impact probe on 04-Jul-2005.

i think of triangulation with TRIPAXEPTALIS & that's why i keep The Englishman Who Went Up a Hill But Came Down a Mountain in mind because it involves the same. in this case, the midpoint asteroid (TEMPLE1) determined by locating asteroids septile (2005_FY9) & trine (CROCUS) TRIPAXEPTALIS' transit. the movie's about making a mountain out of hill. sooooo ..... when i put WHITERABBIT on the 827 List, astroschyzy went down the rabbit hole. giving me the impression on this cycle that objects may get LARGER or smaller. actually, comet temple1 did get slightly smaller, didn't it?