wish somebody would tell me that ...

had a question, checked bonorum for friday: LRLNANL, numbers 473-214:

i keep forgetting where i got NES/PREPUCE 2 from. searched & found a link with HYPERHYDROSIS = 306 (this equals something else i'm way too paranoid to mention right now—quite a surprise. checked my diary later for 03-Feb-2003; book title (this is a dream): "NES/Prepuce 1", next page "NES/Prepuce 2"; NES correct, not too sure about Prepuce; second title a pun). ok, 360 = DARK NORDIC PRINCE — googled, which mentions a vatican lodge named P2. when i first read this didn't check it out, but found George Harrison's P2 Vatican Blues, this & this. second link about Bob Marley's Confrontation album. fell in love with the artwork. rest of the images riff off this & seem related. still collecting things, but if i don't put up something now this post falls into a black hole. more later. 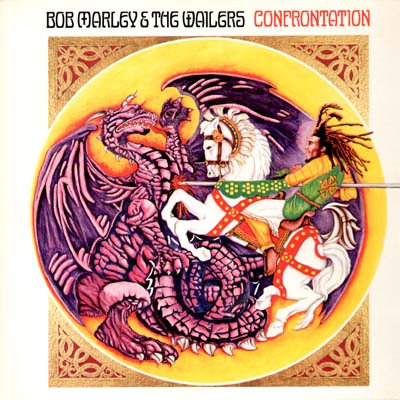 The End of the Economy and the Realization of Art

Art is the invitation to expend energy,
with no precise goal other than what spectators
themselves can bring to it. —Asger Jørn 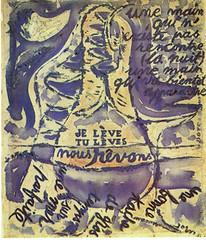 
In his opening address, Jorn looked forward to the emergence of an "Institute of artistic experiments and theory that would enjoy the same status as the various scientific institutions" (19), thus resolving any confusion regarding the relation between art and technology. Concentrating on the relation between artist and machine, Gallizio would coin the term "anti-patent" (antibrevetto), in a spirit of "common work" and a "pure solidarity of work". Yet what would make the Congress at Alba into a forum for future programs was a text by Debord and Wolman, the latter part of the I.L. delegation to the Congress. It was his report that would represent the "final resolution" his "unitary urbanism ... which must have recourse to all the arts and modern techniques" being met with the greatest degree of general consensus (20). Thus, it was in Alba that Jorn's critical project for art and its institutions would find itself within the broader context of social critique as promoted by Debord and the Lettrists. The existence of the I.S. bears witness to the results and frequent difficulties of this collaboration. Meanwhile, and still in Alba, ceramics and Albisola tradition would both have a part to play in confirming the possible union between art and technology.


Next, the gypsy camp. Another early member of the Situationist group, back in its Imaginist Bauhaus days, was Giuseppe Pinot Gallizio, an Italian artist. Pinot Gallizio had played an important role in his home town in northern Italy in defending the rights of gypsies to set up camp sites. This defence of nomadism became an important element in Situationist thought. 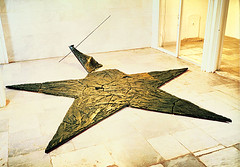 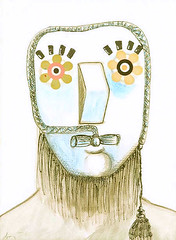 
Following the fashion of the time, both the Origine and Forma groups, as well as Fontana, announced their appearance with manifestos. In the back of the catalogue to "The Italian Metamorphosis" there is a generous anthology of these manifestos. It's worth looking at a few excerpts, not only to grasp the proliferation of artist groups that marked the early postwar years in Italy, but also to savor the hyperibolic style of the genre:

We hereby proclaim ourselves formalists and Marxists, convinced as we are that the terms Marxist and formalism are not irreconcilable, especially today, when the progressive elements of our society must maintain a revolutionary and avant-garde position instead of settling into the mistake of a spent and conformist realism .... —Manifesto of the Forma Group, 1947

... we do not wish to abolish the art of the past or to stop life: we want the painting to come from its frame and the sculpture from its bell jar. —Second Manifesto of Spazialismo, 1948

The nuclears want to strike down all 'isms' of a painting that falls invariably into academicism, whatever its genesis might be. They can and will reinvent painting. —Manifesto of Nuclear Painting, 1952

The customary conception of the painting itself must be abandoned; the space-surface involves the self-analytic process only as a 'space of freedom.' —Art is Not True Creation, Piero Manzoni and others, 1957 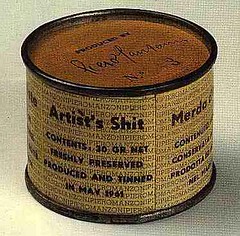 The catalogue even included the Manifesto of Industrial Painting for a Unitary Applied Art produced at Giuseppe Pinot-Gallizio's Situationist Laboratory of Alba. This eccentric manifesto proclaimed that "the great age of resins has begun and with it the use of material in movement; the colloidal macromolecule will have a profound effect." (It's too bad that the show presented none of Pinot-Gauizio's paintings—weird offshoots of gestural abstraction, sometimes painted blindfolded, which have never been seen in New York.

According to Celant, what he aptly calls the "period of manifestos" (circa 1945 until the late 50s) was a reflection of the polarized contest, in Italian politics, between Catholicism and Marxism. Rather than being resolved, this conflict was, he believes, swept away by "the very rapid industrial growth that enveloped Italian society around 1957." One effect of this economic boom was the rise of what Celant terms "interdisciplinary" work, in which artists looked to industry and architecture for ideas and inspiration. Celant suggests that Francesco Lo Savio, whose monochrome paintings and geometric sculptures and wall reliefs anticipated Minimalism, was thus won away from informate painting by the power of industrial design. One of his more memorable works, Total Articulation (1962), consists of a white cement cube with one side missing, into which a piece of black varnished sheet metal has been diagonally inserted. Too long to fit, even diagonally, the metal sheet is bowed in its cubical prison. The industrial materials and plain geometry of Total Articulation seem to point toward Minimalism, but the tension of that bent metal, unthinkable for an American like Donald Judd, is pure—albeit early—arte Povera [+]. 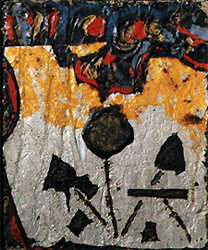 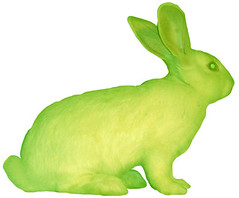 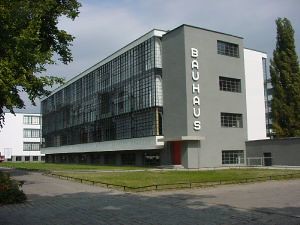