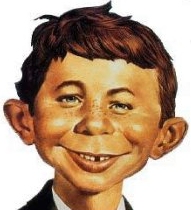 i've let this steep in my consciousness for awhile & was going to add a comment to it when i read this. so ... decided to write a separate post.

first. how is the World Trade Center related to the Port Authority of New York and New Jersey? oh, here are previously withheld PANY&NJ documents released under a federal order (we can thank the Gray Lady for that).

btw, PANY&NJ has its own police force.

here's the PANY&NJ Port Facilities; the Global Marine Terminal is part of the OOIL Group. OOIL is Orient Overseas (International) Limited (total revenues in excess of US$4.1 billion) is a Hong Kong-based company. "Global has easy access to all major truck and rail routes. The terminal has direct access to the New Jersey Turnpike leading to all points south and west. We are also only minutes from the bridges connecting to New York City, Long Island, and the Northeast."

not really sure how major US ports set up & how many non-american companies are involved. hopefully, this brief sketch provides some kind of idea of the (possible) complexity of this issue.

what's my point about there goes the neighborhood? lol, shit, the British make me more nervous than the Saudis — 9/11 happened during their watch. if POTUS says it's ok & he's committed to the safety of this country ... what, me worry? maybe that's the price you gotta pay when you're the Reigning Global Empire — reslice that american apple pie.