earlier, wikipedia reported Katrina was an annular hurricane — info removed, but i did find an interesting hurricane tutorial (extremely graphic heavy!) with good photos & a great animation of Hurricane Isabelle's eye (which was annular).

The term was first used to designate a part of the country which was distinguished by the colour of the soil. The part of the country possessing this thick, dark, and naturally rich soil was, of course, the part of the South where the slaves were most profitable, and consequently they were taken there in the largest numbers. Later and especially since the war, the term seems to be used wholly in a political sense—that is, to designate the counties where the black people outnumber the white. —Up from Slavery, Booker T. Washington

some of the poorest counties in the US are located in Alabama's Black Belt; "the heart of the Black Belt is centered in western Alabama between the Appalachian foothills and highlands and the coastal plain". apparently, the Black Belt is blue because of its strong support of the Democratic Party.

Rep. Artur Davis (D) currently representes the state's Seventh Congressional District, which includes most of the Black Belt in the United States House of Representatives. He announced in May 2005 that he would like to run for a seat in the United States Senate in 2008, or for governor of Alabama in 2010. 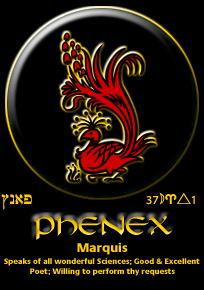 btw, hurricane comes from Spanish huracán from Taino hurákan; akin to Arawak kulakani, thunder, the name of a Carib god of evil.

The word Hurricane comes from 'Hurican', the Carib god of evil which has its roots in a name from Mayan folklore, Hurakan. Hurakan was the ancient Mayan god of wind and storm. He was a creator god who breathed on the water as wind to dry it out and form the land. When the gods became angry with the first human beings, Hurukan unleashed the deluge which destroyed them in a Flood. Hurakan means "one-legged". (sharkoil.bm).

Although its precise mythological meaning is debated, the name is formed from òðr and -in. In Old Norse, òðr means by itself "fury", the suffix -in means "master, lord." Thus, Odin is lord of fury (wikipedia).